As we have all noticed, this summer is particularly hot! With heatwaves becoming the norm in the UK, the effects on human health and our inability to deal with heat is being widely reported. However, with recent temperatures reaching up to 40C, and the latest July being the driest on record, how is the wildlife coping?

Because water is critical to ecosystems, drought conditions can throw off nature’s cycles. The first thing many of us observe is the grass and our groundwater sources (ponds and rivers) drying up.

This causes immediate hydration problems for wildlife. Just like for us, dehydration and over-heating in animals can lead to confusion and disorientation. This has resulted in issues where normally nocturnal animals like bats and hedgehogs are out during daylight. Or where wildlife such as birds and rabbits are struggling to feed and forage.

Bats can be very hard hit. This week, the National Trust reported instances of bats literally falling out of the sky in daylight, due to disorientation caused by heat and dehydration. Also, roosting bats have particular temperature requirements, where a few degrees change can make a difference as to whether the pups live or die. Where temperatures soar, this may make their traditional roosts unsuitable, and female bats will frequently move between roosting sites to find the right conditions. However, in 2020, the Bat Conservation Trust reported a case of 63 baby bats found outside a roost in a heat wave, with many more inside seemingly abandoned by their mothers. Bats reproduce slowly and when extreme heat events start to happen more frequently, bat populations will find it more difficult to recover.

Birds are particularly at risk during heatwaves. Firstly, they have a higher core temperature than other animals, and secondly, they can’t sweat, and have only limited ability to reduce their temperature. This is why you might see some birds ‘pant’ when its especially hot or they may be splashing about in shallow pools!

Other furry favourites, such as the bumblebees are very badly affected by heatwaves. Their warm coat means they quickly overheat so they are unable to leave the nest and forage. Without restocking supplies, bee colonies will only last a few days.

Being semi-aquatic, amphibians are fully dependant on water. Juvenile amphibians such as tadpoles are fully aquatic, so without sufficient water supplies amphibians will not be able to breed successfully. Adult amphibians also need to regularly rehydrate in cool, damp spots; without these, they will dry out!

But the issues are not limited to hydration. The consequences for insects (they need water too!), and other “primary consumers” is simply that the reduced availability of water will directly reduce insect numbers. This means that many mammals are also at risk from starvation as their food source is reduced, and as the ground hardens and dries, foraging for worms and beetles becomes near impossible. In the longer term, heatwaves can cause the early ripening of wild food sources such as blackberry, as fruit drops earlier to help the plant preserve water. This results in a lack of food later in the season for animals such as blackbirds, who depend on the summer fruit to build energy reserves.

So what are some things we can do to help?

Firstly, we can leave out water in shallow bowls for birds and mammals and (hosepipe bans permitting) top up any ponds for amphibians and larger mammals. In current conditions you could leave out some wet food for birds, badgers and hedgehogs – although remember, no dried food or mealworms (very bad for hedgehogs)!

You could also create a shady refuge for wildlife that needs it – this may be by leaving an area of your garden to grow ‘wild’ or by temporarily creating a shaded, well-ventilated area. And should you spot a bee in distress, leave out a teaspoon of cool water and sugar, and it should perk right up. 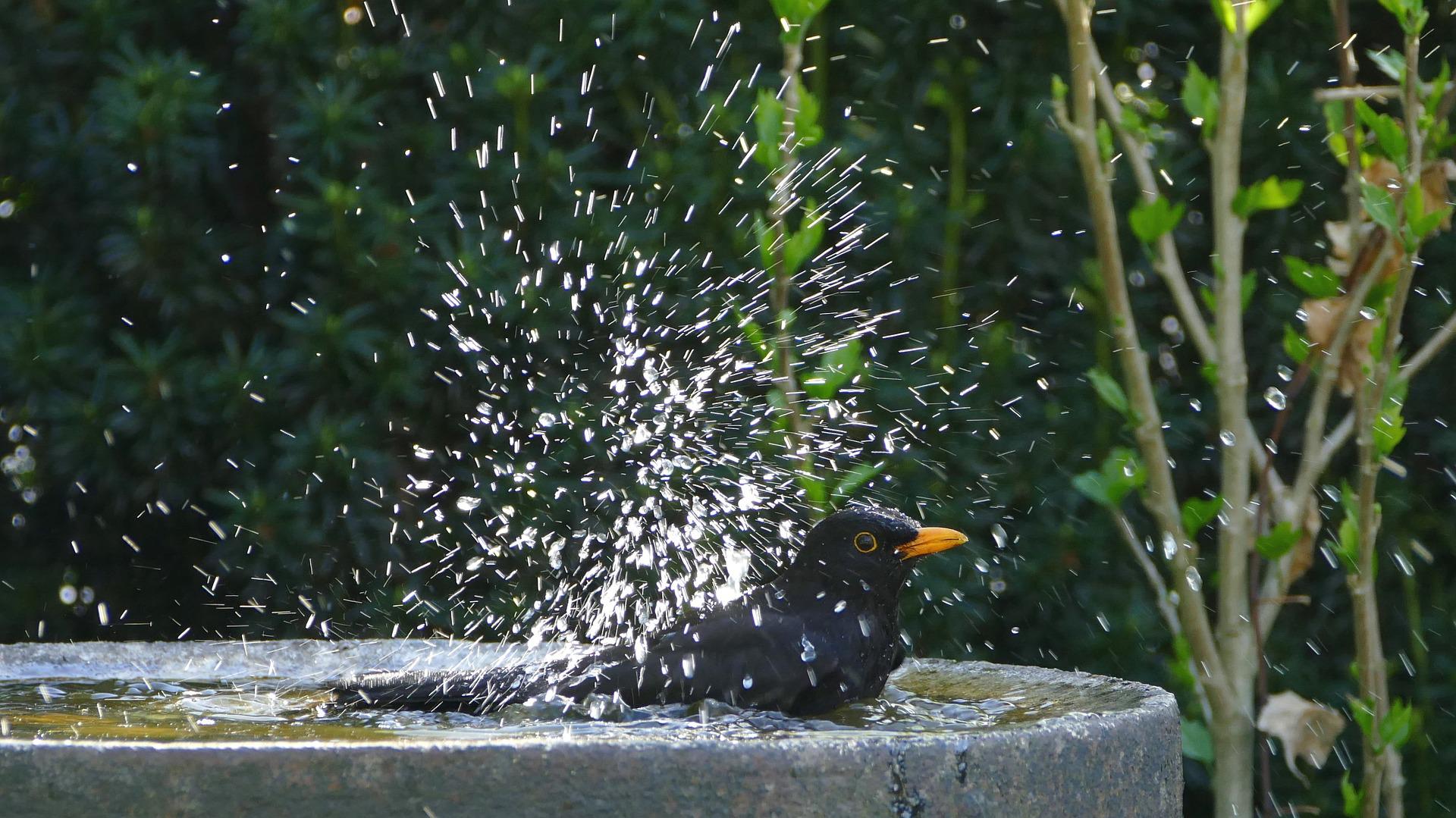